Una nova aventura! La setmana passada vam aconseguir escapar-nos 4 dies a Mallorca per a visitar familia, concretament la germana de la meva dona, el seu parella, i el bebe que acaben de tenir. L'objectiu era precisament aixo, visitar la familia i descansar despres d'un trimestre una mica moguda. I aixi ho vam fer. Vam voltar molt per Palma, vam anar a la platja, vam jugar a Monopoli, i vam fer una visita rapida a Valldemossa.
També vaig aprendre que Menorca queda a l'est de Mallorca, i no pas a l'oest com sempre havia pensat, malgrat viure aqui 25 anys i haver visitat les dos illes. També vam poder confirmar que el tema de la llengua està malament a Mallorca, molta gent no xerra en mallorqui - però a nivell personal, poc a poc, gràcies al cunyat estic millorant la meva comprehensió del que diuen quan ho parlen!
Fotos i musica....
...
Brian's Big Break finally arrived - a well-deserved 4-day break in Mallorca (or Majorca). We now have family there - the missus' sister, her partner and their new-born kid - so we went to visit them and relax after a hard term (the school year finished here on the 19 June) before starting our "summer courses". So relax we did - 4 days of playing Monopoly, wandering round Palma, checking out the sights, the beach, and a quick visit to the place Chopin (apparently a pianist) described as being the most beautiful place in the world, Valldemossa. Obviously he'd never been to Yorkshire...
By the way, a little knowledge; Mallorca was re-conquered from the Moors by the Catalan king Jaume I donkeys' years ago and as such formed part of the Catalan/Aragon empire, and the language they speak is a kind of Catalan with a few changes, and a tricky accent! The Balearic isles now form an autonomous community within the state of Spain, as does Catalonia.
A few photos, followed up by another song by the best group from Mallorca. 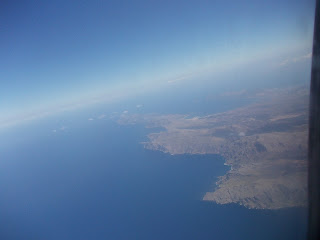 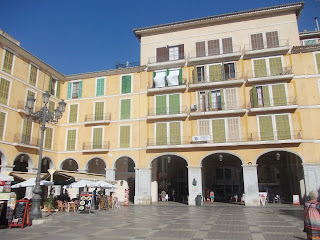 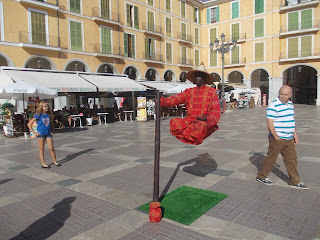 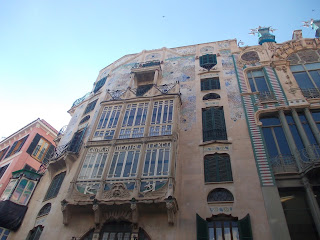 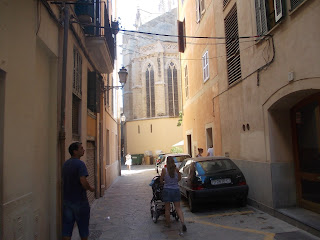 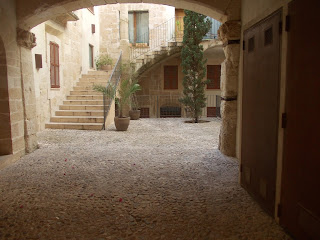 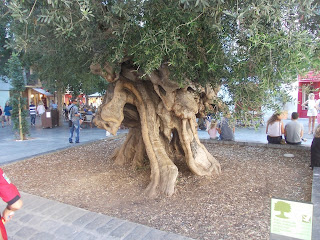 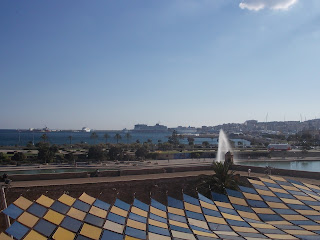 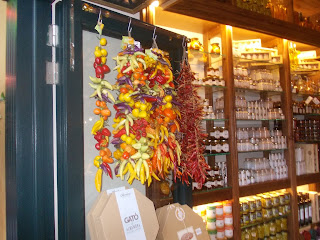 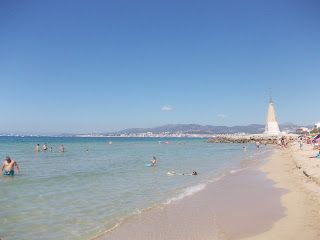 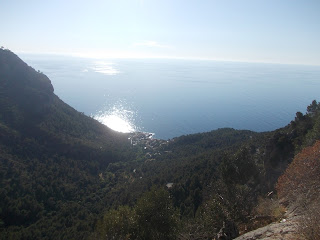 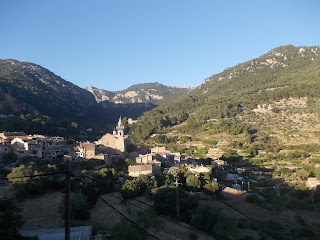 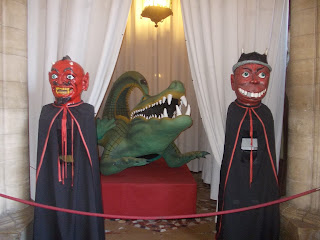 Mentre parlem de contes... l'altre dia vaig fer allò que fa tothom, comprar DVDs de pel·licules que em fascinaven de més jove, amb l'esperança que als nostres xiquets també els agradaran. Un dels quals era el Princess Bride, of course. Quina joia! Per casualitat fa només 2 mesos també vaig llegir el llibre, el qual és molt molt bo! I evidentment, qui pot oblidar la música?
I sí, als xiquets els ha encantat, ho han mirat 3 cops i juguen a dir "My name is Iñigo Montoya..."
..........
Speaking of stories... the other day I did what every middle-aged parent does: buy DVDs of films I loved as a youngster (or teenager), hoping our kids would also love them. One of the bunch is The Princess Bride, a hilarious but romantic fairy tale unlike anything I'd seen at that time. Obviously since then, this kind of gentle satire has been copied but The Princess Bride was one of the first to do this, I think, and has stood the test of time. By chance, I also say the book second-hand in Barcelona on our recent trip there and devoured it in no time. It's also great! And, who could forget the music? All in all, a triplet of great entertainment!
And yes, the kids do love it. They've seen it 3 times and now play at saying "My name is Iñigo Montoya..."

... and when we're not saving the world or just prevaricating about the bush, we do actually try and keep the bread on the table. For example, using our cost-free (in financial terms) social networks to try and promote Sílvia's story-telling activities.
By the way, this activity isn't as easy as it looks, writing/adapting tales for the English level a typical 7-year-old Catalan child might understand, introducing key words and expressions you want them to practise, preparing the material, rehearsing....

As I was saying, still busy! I have a mental list (does that sound right?) of fascinating blog posts I'd like to write but can't seem to get my head around starting them.....
...this week, we're coming up to the end of the school year. Work-wise that means more work preparing reports, helping kids get ready for their official Cambridge University English exams in June/July, organizing our "summer courses" (July), and organizing the 2015-16 course. Family-wise, it means our oldest son is about to finish primary/junior school and move up to the Big Kids' School in September. The year a kid has their 12th birthday is the year they step up to secondary education. Apart from fragile emotions (where did those 12 years go?!), this also means end-of-school festivals and parties, plus the beaurocracy of paperwork to register him at the new school.
On the "campaign" front, it's also been one of those weeks. Started out last Saturday with a Town Cycling morning out that I was involved in organizing. One of the objectives of the outing was to gather local cyclists' ideas so as to write an article for a local newspaper, and a letter to be sent to the council. Guess who had to write them? Plus, spreading the news about these activities on social networks...
On the "save the river Ebro" front, we have been invited to defend our position before the Petitions Committee of the European Parliament on the 22nd. I cannot go, for work reasons, but am involved in most of the coordination of the trip and lobbying over the internet, arranging private meetings beforehand, passing on information to MEPs and so on. Also had to translate an important document we want the Parliament to have as well as a more simple leaflet which we hope explains our situation clearly.
On the "Catalan independence" campaign, some of the things will remain unsaid here, but I did go to the local indy group's meeting to explain my proposal of inviting an "expert in internet activism" to Tortosa to set up a workshop on how to use our time on the net most efficiently for our objectives.
At the back of my mind, I also have to organize things for our 3-day break in Mallorca next weekend to visit the sister-in-law and our 4-month-old nephew.
For no reason other than the fact that I was amazed when a 16-year-old student told me yesterday that he went (with his folks) to France last week just to see Paul McCartney, here´s Band on the Run:

Sobre mi / About me

Buscant algo / Looking for something ...