And then after July came August as usual. August started well - exceptionally well in fact; the very first day we had our annual Big Day Out on the beach. We "camp out" all day once a year on one of the huge deserted beaches on the arms of the Ebro Delta, with a fantastic knee-deep bay of water on one side of the beach, and  the wilder sea of the open Mediterranean on the other. See satellite photo below. Cousins, grannies, uncles, friends, we all hit the beach with cars loaded up with sun shades (essential), kites, buckets and spades, canoes, picnics, drinks... and spend the full day there till dusk. A great time was had by all.

Two days later I flew to England with our oldest son (12 today) to drop him off at my parents' in South Yorkshire for a week's break from us and a chance to practise his English. And then I flew back to Catalonia. The rest of us spent another week here, finishing off translation work and coping with the heatwave before joining Andreu in England for a 3-week holiday.

However the day before we flew I felt a sharp pain in my leg which brought back unhappy memories of my DVT 2 years ago and so went to the hospital to have it checked. I was given the all-clear, and a couple of blood-thinning injections "just in case" and told to fly.
For our first week in England we'd decided to go to the Lake District and a grand time was had by all - lake cruises, treks up and down hills, bathing in tarns and lakes, eating Grasmere gingerbread, visiting the Pencil Museum and so on. See photos.

However, again, by mid-week that pain was starting to come back. I managed to finish the week in the Lakes but as soon as we got back to my parents' we went to Barnsley Hospital A&E to check it wasn't a DVT again.... and it wasn't, it was a SVT! I'll explain: instead of a potentially life-threatening deep vein thrombosis which could mean the clot moving into the delicate parts of your body, it was (is) a "superificial vein thrombosis" or "thrombophlebitis" which is nowhere near as bad ... unless it develops into a DVT if the clots start to move from one vein system to another... which shouldn't happen but.... lots of should/might/but/not usually vocabulary used by the doctors who gave me a very thorough looking over in the hospital (long live the NHS!) meant that I spent the next 2 weeks scared out of my brains once again. They were right, though, so far: the pain was intense and unbearable for a few days but has gradually faded, and is now just annoying. They say in 7-14 days more I should be OK again as the SVT is just running its course. It all meant I did hardly anything for the other 2 weeks in England but I did manage to check out a new second-hand record shop in Elsecar, The Vinyl Tap! With a few more blood-thinning injections "just in case" we flew back to Catalonia on 31 August and now the next step is seeing more doctors to see why this has happened and if there's anything I can do about it - and, looking at my history repeating itself, whether these incidents are related to flying.
I am still resting up at home now but hope to get into school for some preparation this week, and aim to be 100% for working when classes start on the 14th. Our kids also go back to school that day, with our son moving up to the Big Boys' School - i.e. secondary school. Time flies. 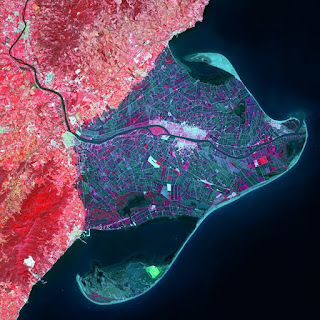 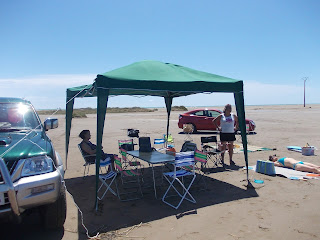 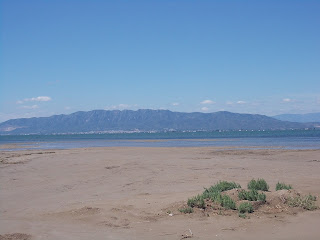 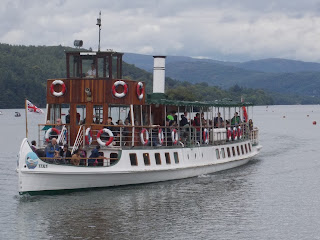 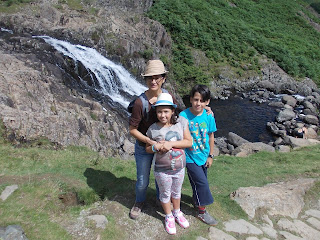 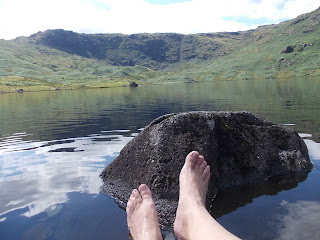 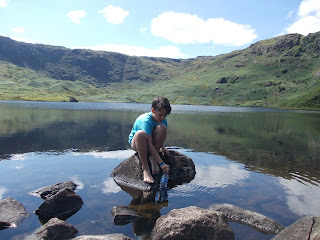 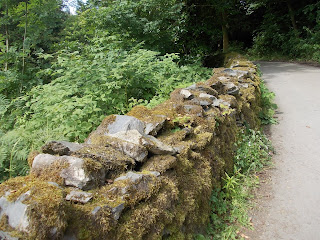 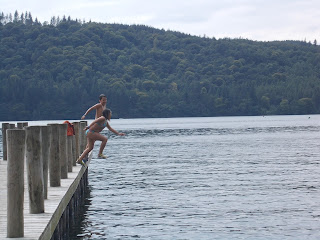 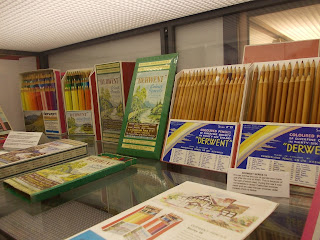 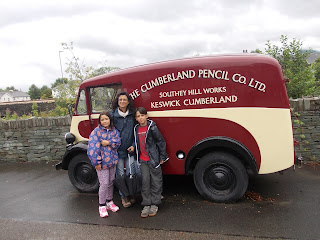 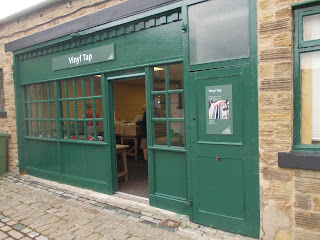 After a relatively blog-free period, you'll all be wondering "What did Brian do this summer?". Well...here's July.

As you may or may not know, the school year comes to an end here by Saint John's Eve (23 June) and from then on we had the kids at home allowing us the chance for lots of arguing playing with them. My work situation also changes then as the "normal course" comes to an end and we start our intensive "summer course" for anyone who wants a short sharp introduction to English. What happens, though, is that this course is only in the mornings so I'm free by 14.00 every day, and when we've hidden at home through the hottest part of the day (temperatures reached 38º this summer) around 17.00-ish we can do things with the kids. A couple of days cycling, a few at the beach (a 25-minute drive away), and many afternoons with the kids "socializing" - having friends round, or going to friends. Our daughter also went away for a week-long summer camp at a nearby village.
We also managed to check out a couple of late-night concerts in the annual jazz festival and had a great time at the Renaissance Festival (check out previous years' July blogposts to see what I'm talking about). And we saw an amazing concert by the renowned great Catalan celloist Jordi Savall. Using a 500-year old instrument, he and his small group took us on an amazing musical tour within the amazing setting of Tortosa cathedral. Examples to follow...
All in all, a busy month but providing enough change to our normal routines to be considered "a rest" (you know the saying). A well-deserved and much-needed rest after a very busy, and stressful year, with loads of work and other issues to worry about - which I won't go into here, except the fact that our kids seem to be becoming teenagers 2 or 3 years before the predicted time :)

Sobre mi / About me

Buscant algo / Looking for something ...